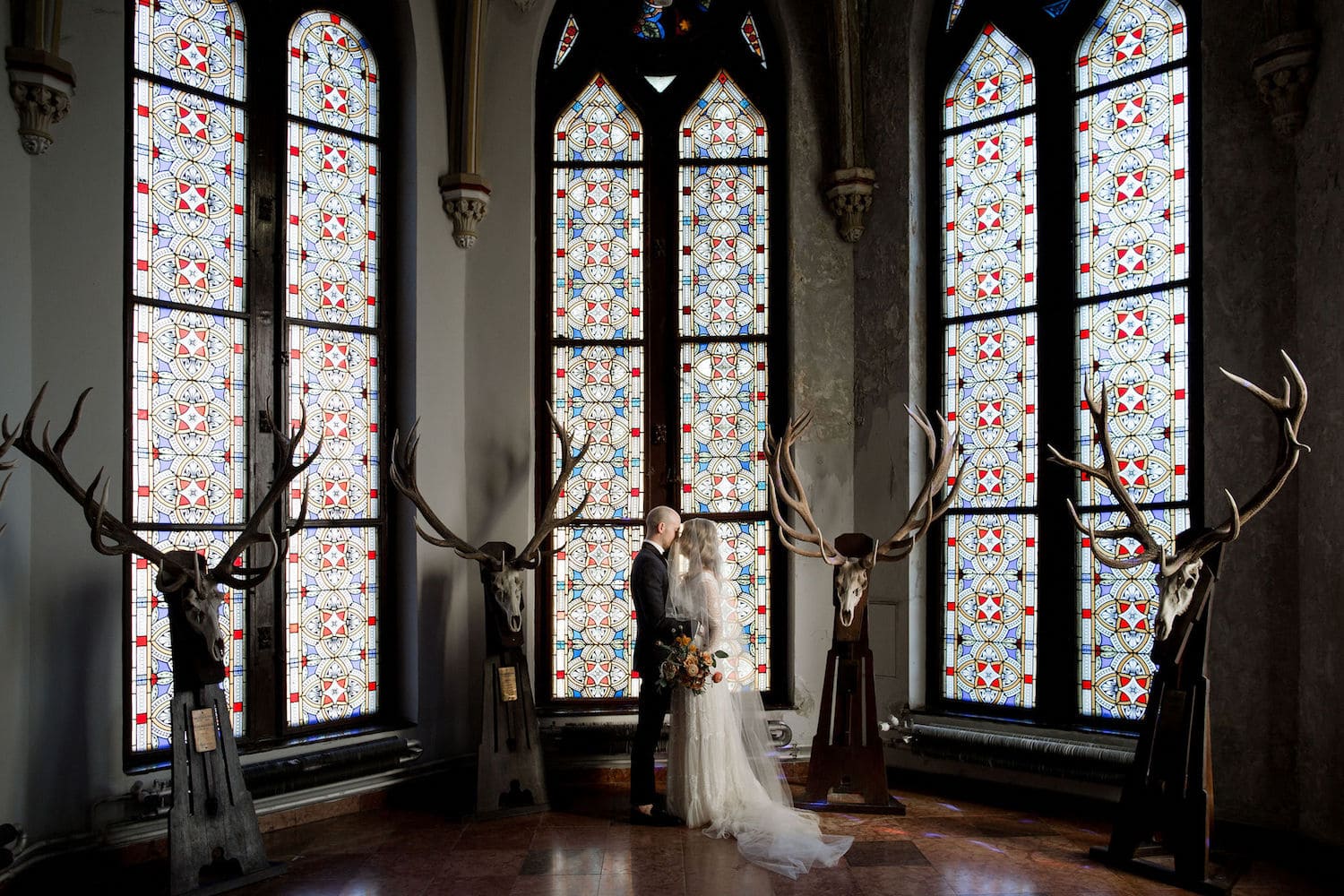 Eric and Ilana were looking for adventure and a change of pace when they chose to study abroad for a spell in Budapest, Hungary. Seeking to extend their boundaries, it comes as no surprise that the couple spent hours getting acquainted in one of the city’s most storied “ruin pubs,” Szimpla Kert. After the Napa/Sonoma fires forced a change in plans, Eric, opted for an impromptu engagement in Szentendre, Hungary, a town just north of Budapest.

It seemed natural for the couple to go back to the seeds of their relationship and exchange vows in the city that inspired their sense of adventure and nurtured their connection.

Helping them with the arrangements was Agi Gyenes.  The couple wanted their guests to have an authentic and memorable introduction to the wonders of Budapest. Spanning four days, the celebration kicked off with a Danube River cruise, the second day planned for a visit to one of Budapest’s ruin pubs, followed by the ceremony and a brunch /baths recovery day at Szechenyi Spa.

Eric and Ilana also wanted to wanted their guests to experience the stunning architectural beauty that had captivated them when they first arrived. They chose to have their ceremony in  the majestic Vajdahunyad Castle. Built in 1896 as a monument to one thousand years of Hungarian architecture, the castle boasts separate buildings executed in the principle styles of Romanesque, Gothic, Renaissance and Baroque. The couple chose an intimate setting within the castle’s Cloister for their ceremony amidst the breathtaking architecture.

Ilana and Eric looked to their favorite director, Wes Anderson, for additional inspiration.  Influenced by Anderson’s unique dream-like color palette, the couple chose hues of soft pinks, terra-cotta and warm mustard yellows for table settings, bridesmaids’ dresses and personalized stationary. The bride and groom designed playful arch-shaped menus and gold acrylic signage from Sketch and Etch. In keeping with a distinctly Wes Anderson vibe, the couple also chose soft, tangled florals from Flora Floral Botanical Atelier that hung from the archway of the Cloister and  represented their quirky nature. Hungary is known for its exceptional tradition in pastries and confections. The wedding cake and dessert were provided by Edesseglabor. The wedding cake featured a mix of wild forest berries with basil and bourbon vanilla.

The historical integrity of the setting was important to the couple, who explicitly chose to add small doses of modern design with gold cutlery and white wire chairs from Dress the Day. Velvet couches and vintage lighting were provided by a local antiques vendor, Woodelier, adding a luxurious layer of comfort to the historic surroundings.

After the ceremony, guests enjoyed live music from Show 4 You, as well as an interactive grill and oyster bar provided by W Catering,  who also provided traditional Hungarian cuisine complemented by Hungarian wine pairings. The evening was crowned with popular Hungarian street food offerings, which included Langos and Kürtőskalács, or “chimney cakes” for the guests to munch on and take home. And no wedding in Budapest would be complete without  the traditional spirit, Pálinka – the perfect toast to Eric and Ilana’s big new adventure.